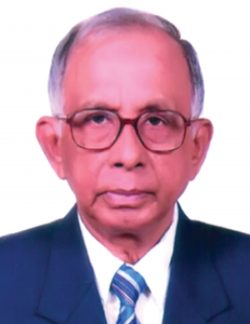 It is a pleasure to learn that at long last the National Young Academy of Bangladesh (NYAB) is set to hold its First Annual General Meeting (AGM). This also marks its public launch. I regret that due to unavoidable circumstances, I am not in a position to attend the Inauguration. But, it is a pleasure to send my greetings through this message.

The Bangladesh Academy of Sciences (BAS) has, since its inception in 1973, been working to promote excellence in science education and research in Bangladesh. For young scientists it has organized Young Scientist Congresses, given awards to scientists in the junior category, nominated young scientists to global events such as the World

Economic Forum, STS Forum, Lindau Nobel Laureates meeting, HOPE meeting etc. We also had our own Young Affiliate program, which has now been superseded by an Associate Fellowship program.

However, in line with the global trend, we are now pleased to see the birth of a Young Academy in Bangladesh in the form of NYAB. BAS is proud to have played a role in its formation. BAS fully endorses the formation of the Academy and also endorses the selection of the first cohort of 20 members which were overseen by a Committee of BAS Council member. My hearty congratulations go to those selected.

Our young scientists have already proved their merit as members of the Global Young Academy, and now it is time for them to come together to serve the country. I wish the AGM and all future activities of NYAB a great success. 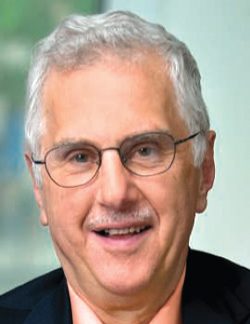 I write to congratulate you on the formation of the National Young Academy of Bangladesh. This is a very important time for science, and there is much that young scientists can contribute to each nation and the world.

The knowledge and the problem-solving skills of scientists are critical everywhere. In addition, every society needs the values of science: honesty, generosity, and an insistence on evidence while respecting all ideas and opinions regardless of their source of origin. To spread such values, science education needs to be redefined at all levels, with much less emphasis on the memorization of science facts and terms. Instead, we should be providing empowering experiences in problem-solving that take advantage of the curiosity that children bring to school and increase a student’s understanding of the world. Closely related changes in the introductory science courses in college, emphasizing “science as a way of knowing,” are one key to driving these reforms. None of this is likely to happen without the continual involvement and strong support of a nation’s scientists.

There are nearly 40 nations now with Young Academies, and the number is growing. In some countries, Young Academies have become more effective that the older academies for the critical mission of spreading both scientific thinking and an appreciation of the scientific enterprise throughout society. This is in part because of an obligation for public service than is uniquely associated with Young Academy membership, and in part because of the growing importance of social media and other digital communication tools that younger scientists seamlessly employ. But in addition, the Young Academy members appear to be much less threatening and more appealing to politicians than are older scientists like myself.

As in science itself, the critical path to success is to design a set of focused strategies for your new academy, recognizing that you will be learning from experiments, not all of which will be successful. Aim high! I look forward to following your progress in the years ahead.

With my best wishes, Bruce

Chancellor’s Leadership Chair in Biochemistry and Biophysics for Science and 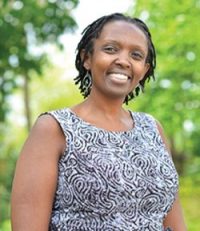 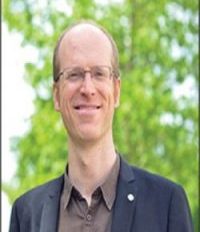 Congratulations upon the launch of the National Young Academy of Bangladesh

Academy of Bangladesh come to fruition. We congratulate all the founding members with their selection and we wish them the best of luck with jump starting this new Young Academy. Special congratulations go to members of the ad-hoc committee that steered the formation of the NYAB: GYA members Nova Ahmed and Monir Uddin Ahmed, and GYA alumni Abdullah Shams Bin Tariq and Muhammad Munjurul Karim.

As an NYA, you will have the opportunity to bring the voice of Young Scientists to national science and policy conversations, and thereby contribute to evidence-informed decision making at the national level. We are confident that you will fulfill this mission with expertise and passion and we know that your initiatives will greatly benefit the nation.

There will also be occasions to have an impact on both regional and global levels in collaboration with the GYA and other NYAs regionally as well as worldwide. Additionally, in our efforts to give Young Scientists a voice, we are always looking for Young Scientists who can offer their expertise in the global science and policy landscape, and we look forward to the members of the NYAB joining this pool of excellent young scientists.

The GYA also co-organises the Worldwide Meeting of NYAs every other year, and members of the NYAB are welcome to participate. These meetings present an ideal opportunity for exchange between NYAs and the GYA, as well as initiating common actions that will increase our impact globally. The next meeting will take place in Da Nang, Vietnam, from 31 July — 2 August 2019.

We look forward to hearing about your growth and impact as an academy, and wish you all the best as you launch.